Dave trained initially in the Royal Navy as a Weapons Engineer before moving into the field of Mine Warfare/Explosive Ordnance Disposal and has over 30 years experience in dealing with explosives and explosive articles both in the Military and Commercial sectors. Since joining Council he has overseen the AGM and Conference as well as supporting the previous President as Vice President (Operations).

His primary aim for his period in office is to make the Institute more accessible to all sectors of the explosives industry whilst developing a greater level of commercial awareness such that the true value of membership, for both individuals and companies, can be realised.

Dave can be contacted at davewelch@iexpe.org 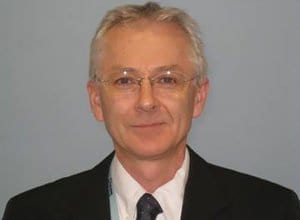 John is a chartered civil and structural engineer currently employed by the Office of Nuclear Regulation (ONR) as Principal Inspector Nuclear Safety (Civil Engineering) for the Sellafield Decommissioning Fuel and Waste program and previously on Hinckley Point “C” new build reactor construction programme. He has had over 35 years’ experience both as a consultant, contractor and regulator in design, construction, decommissioning and demolition with broad experience of the civil and nuclear industry.

He learnt to use explosives in demolition as a specialist contractor on heavy industrial and chemical sites. He later applied that knowledge and experience in the permissioning of the explosive demolition of Calder Hall and Chapel Cross cooling towers. This was the first time explosives were used on a UK nuclear licensed site adjacent to operating nuclear plants.

He was admitted by examination to the Institute in 2006, appointed to the council in 2009 and elected to President in 2014. During his tenure, he delivered fundamental changes and improvements to the Institute by directing the introduction of new internal organization, website, a grade of Technical membership so providing a broader membership base and clarity in the routes to membership in respect of Qualifications and Credit Framework (QCF’s). He also developed closer collaboration with the Engineering Council and supported the further development of professional accreditation for its members.

He is also Chairman of the Education and Research Trust and aims to develop the trust to support all members of the energetics community across the explosives industry.

John can be contacted at johnwolstenholme@iexpe.org 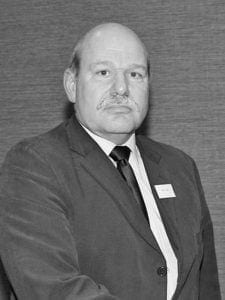 Ken is currently VP Affiliations, having served on Council since 2005 and as President 2010 – 2012. He is a Fellow of the Institute and is an advocate of professional registration, becoming a Chartered Engineer himself in 2010. The role of VP Affiliations is to create and maintain the Institute’s links to various organisations, including the Engineering Council, European Federation of Explosives Engineers, EUExcert Association and SAFEX International.

Ken’s background is over 40 years of military service as an Ammunition Technician and Ammunition Technical Officer, working in all the disciplines of that profession and nearly all theatres of operations. He ended on a high note as Inspector Explosives (Army) and now works as a consultant in explosives safety management in his own company.

His aim as VP Affiliations is to champion a professional approach to working in the explosives sector both in UK and abroad.

Ken can be contacted at kencross@iexpe.org 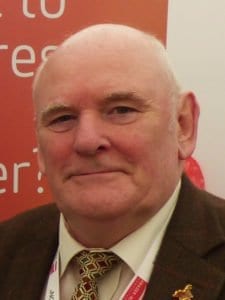 He entered the civil uses explosives sector in 1990 and until retiring in 2013 was firstly, deputy and from 1993 the Derbyshire Constabulary Explosive Liaison Officer. He has been an appointed Inspector for the H&S at Work Act to enforce the Control of Explosives Regulations (COER), The Explosives Act 1875, afterwards the Manufacture and Storage of Explosives (MSER) for his Chief Constable and, when licensing authority for storage of those explosives subject to an explosive certificate, the Derbyshire County and Derby City Councils.

In 1996 he became the explosives issues member on the Association of Chief Police Officers standing group for Firearms and Explosives Licensing (FELWG) and represented them on a number of national committees and ad-hoc working groups. He has produced a number of papers on the areas of police force involvement in licensing and storage and also related papers for industry and bodies such as the Society of Practitioners in Insolvency. As part of his role, he researched and drafted for the ACPO Chair responses to all explosive related consultations that appeared between 2002 and 2010. He went on to be their representative on the Explosive legislative review until retirement from the police service. With two colleagues he developed the police online knowledge area for explosives legislation issues.

Since 1999 he has been a member of the directing staff for the HSE/ACPO Explosive Liaison officers’ Course (ELO) and with a colleague provided training in the application of COER, MSER and MSER(NI) to the GB police service, the Northern Ireland Office, their local authority Inspectors and the PSNI. They also delivered a seminar on the applications of COER and MSER to MoD Inspectors and civilian contractors involved in MoD materials. He continues to input to the ELO courses on ER 2014 and has, since 1991, been involved in the development of training for enforcement officers in the explosive legislative areas both for police national use and at force level.

On retirement from the force he continues to be involved in national training and operates a company providing advice on the areas in which he obtained his experience and knowledge.

Tony can be contacted at tonyslate@iexpe.org

Andy is currently the Chief Engineer, Torpedoes for BAE Systems at Portsmouth, having previously worked for BAE Systems Munitions for the previous 10 years, mainly at Glascoed but also with short periods at Chorley, Bridgwater and with DOSG at Abbey Wood.

He is a keen proponent of the need to effectively manage competency across the sector and upskill people. His aim as VP Training and Education is to ensure that we have the ability to support explosives workers at all levels to gain the skills and experience to ensure a thriving sector into the future.

Andy can be contacted at andycarr@iexpe.org

UK Chartered Engineer, who has been working professionally with explosives for over 30 years, in both commercial and military sectors.

Andy was educated at the Camborne School of Mines and subsequently acquired an MSc in Explosives Ordnance Engineering from the Royal Military College of Science, Shriveneham and a second Masters degree from the University of St Andrews in Terrorism Studies.

For 12 years he held various senior technical, operational and managerial positions within the oil and gas sector working in over 40 countries before becoming an independent explosives consultant specialising in the application of explosives underwater.

He has published and co-authored a number of industry papers, procedures and recommended Codes of Practice for the improvement and development of professional standards across many sectors of the explosives community.

He has been an elected member of Council for over 25 years,is a Past President, and was elected a Fellow in 2000.

Andy can be contacted at andypettitt@iexpe.org

A collaborative group of organisations who provide strategic direction to sustain explosives skills.